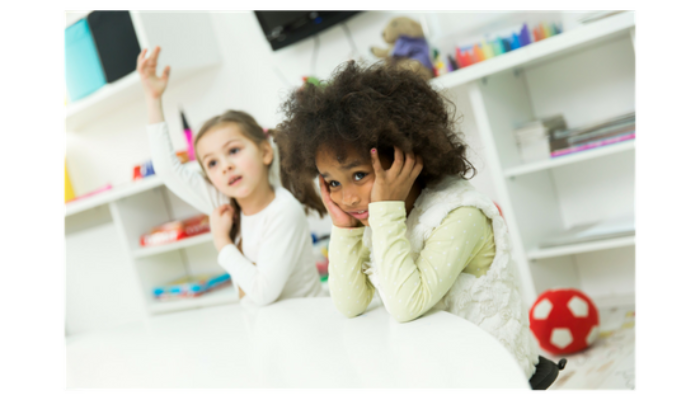 New requirements are pushing academics into preschool and Kindergarten. Are we expecting too much of our young children? We have all heard of four-year-olds learning to read, but does that mean that most children that age could do the same? There are programs that claim to be able to accomplish just that, but is it really the right thing for the children?

Some years ago, my daughter conducted a daycare and preschool in her home. In consultation with me, she had developed a pre-reading program for her preschool. She made puppet characters to represent the different phonemes (speech sounds). Each character could only say one sound. As an example, Poppy, who was rather shy, would only whisper as she popped her lips to say /p/. Her brother Bobby tried to scare you with his loud /b/. I have used her puppets in both preschool and Kindergarten classes, and the children love it.

Children come wired to learn. Already in the baby we see a natural enthusiasm for conquering new skills. We see it in a simple game of peek-a-boo, in those first unaided steps etc. We also see it in the way young children refuse to give up. When learning to walk, the child keeps falling but tries again and again. This natural enthusiasm for learning we see in our young children is indeed a delightful part of the parenting experience. 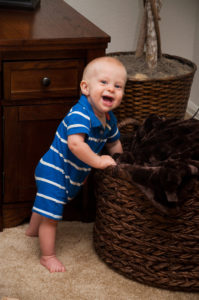 My daughter delighted in seeing the excitement the children showed for the puppets. Each character only “liked” things starting with their sounds. Thus, Poppy loved pizza, peas, and popcorn etc., while Bobby liked blueberries and bananas and bears. The children eagerly tried to come up with things each character would like to eat, play with, or have as a friend. This stimulated phonemic awareness, an important pre-reading skill, and it did it in a fun, age appropriate way.

This drive to learn is a natural part of being human and ought to continue throughout life. However, as the preschoolers in my daughter’s daycare went on to Kindergarten, she saw many of them loose that enthusiasm within months of starting the “big school.” They became discouraged and decided they did not like school. I have seen the same in some of my young clients.

Why is it that some children seem to loose their natural enthusiasm for learning when they get to school? Is it possible that we unknowingly squash it by the demands we place on the children?

Are We Demanding Too Much?

Over the past decades I have seen a dramatic shift in the expectations placed on early childhood education. This largely includes preschool through second grade. More and more has come to be required of the youngest students. It is important to note that with the increased requirements, there is also more pressure on teachers. More and more schools are going to full day Kindergarten. Teachers simply cannot fit everything into a half day.

About every ten years some international survey shows American students falling behind those in several other highly developed countries. Politicians and educational bureaucrats get concerned and decide to do something about it. Invariably, their solution has been to push basic academics further and further down in the grades. We are demanding more of the youngest students. Our children in Kindergarten are now supposed to be learning what used to be first grade curriculum. We saw it, though not for the first time, with No Child Left Behind. Now, the Common Core Curriculum has been doubling down on this effort to require even more of the very young.

Shouldn’t Kindergarten be a time when school is fun and exciting? What about the need to simply learn to get along in a group, to listen to the teacher, to get used to the “big school?” Such might have been the initial intent. Now we don’t have time for that. The children need to learn basic reading and writing skills to be ready for 1st grade. All those other preparatory things, that is preschool stuff!

There seems to be a sharp conflict between what we currently expect of our young children and what we have previously learned about “developmentally appropriate practice.” The fact that young children naturally learn through play and exploration seems to have been thrown out the window. 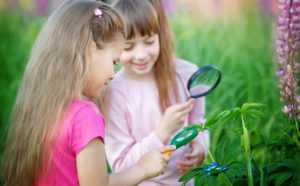 Perhaps we ought to focus more on providing a stimulating environment. Five and six year olds still need to learn through play. Number concepts could be taught through guided, non-threatening, cooperative activities such as playing store. But there seems to be no time for that. We have somehow come to decide that getting a head start on academics is more important.

In public schools even the preschools have had stringent requirements placed on them. They are now supposed to teach some of the early academic skills to get children ready for Kindergarten. (See my article, “Preschool Graduation – A Troubling Announcement.“)

Certainly there will be some children who do fine, perhaps even thrive, under our current requirements. But what about those children who are left feeling that they do not measure up? And what about those who are just not developmentally ready for this amount of focused, directed learning? After all, we had learned years ago that young children learn best through active play.

It seemed a sad thing, when the children in my daughter’s preschool became discouraged with school already after a few months of Kindergarten. And this was before No Child Left Behind! What startled my daughter the most was that these were not children who had shown signs of learning or social challenges. Through more age appropriate activities, these children might have gained confidence instead of discouragement. This in turn would most likely have kept their enthusiasm alive. 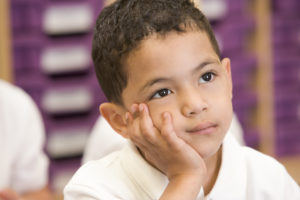 Success feeds success. The child who feels confident is more likely to put forth the extra effort needed for future success. We might expect that confidence gained early can provide a sort of shield against later discouragement by the child developing a love of school.

The politicians and bureaucrats might pat themselves on the back and say they are improving the public education system in our country. I am afraid their efforts could backfire. The current system just might prove to have the opposite effect in the long run. Our concern is not for those children who will learn well under any system. But, the current, rigid requirements can be destructive to the children who do not fit that pattern.

Children develop at different rates and in different ways. Yet the current learning standards seem to give little consideration to this fact. We are requiring the same outcome of all students at any given age. More and more we are trying to drive “square pegs” into “round holes.” This can’t be done without causing damage to the square peg. What happens later to those children who come to perceive themselves as failing already in Kindergarten?

Should We Learn from Finland?

We have recently seen reports from American teachers who have traveled to Finland and are now teaching there. They have seen dramatic, at first even shocking, differences. One of these teachers is Timothy D. Walker, who has written a book, “Teach Like Finland: 33 Simple Strategies for Joyful Classrooms.”

In Finland elementary students spend much less time in class. School days are shorter, and they get a 15-minute break every hour. Curricula are much more flexible and individual teachers are allowed more freedom in how to teach their students. In spite of this, Finnish students end up rating higher than the American students on the tests. Or could it be that this is exactly because of the more relaxed approach?

First Grade in Finland: Every Day is a Half Day

Read also my article Instilling Confidence in Your Child.

Instilling Confidence in Your Child
October 23, 2017