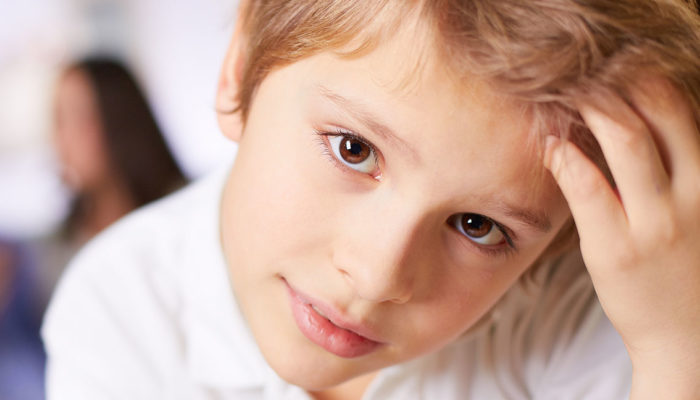 Surely, you have sometimes had a word seemingly right at the tip of your tongue without being able to get it out. You might be on the phone and trying to relay information quickly. Perhaps you are in a stressful situation such as a job interview, or you are simply tired or upset. That name you know so well or that perfect word for what you are trying to say just slips away.You know that word is in there somewhere, but you can’t find it. It is not that your mouth can’t form it. It is rather as though your brain won’t release it. Then it suddenly pops into your mind when you are no longer thinking about it! If such word finding difficulties are frequent, daily occurrences, we say the person has word retrieval difficulties.

A Common but often Overlooked Problem

Word retrieval difficulties can be severe enough to have a profound effect on both communication and academic learning. Yet, their impact is seldom fully recognized in the schools. They are generally not perceived as a speech-language problem and therefore not referred for speech services.

One time, a first grade teacher casually approached me in the lunchroom. She told me of her concern for a girl in her class. “She seems to understand what I am teaching in class, but the next day it is as though she never heard it before.” The teacher then emphasized, “It is not a speech problem, it’s not a speech problem! I just thought you might know something about it.”

I visited with the little girl and did a screening test for word retrieval difficulties. Sure enough, such difficulties were quite evident. When pressured to quickly name a bunch of photographs of very familiar objects, she stumbled and misnamed many. I then brought her into my office, to check further. My assistant had decorated with a streamer of large crayons in all the basic colors. The series of colors repeated, as the streamer continued around the walls.

I told my assistant to have the girl name the colors. She was not asked to do it fast, just to point and name them in order from the left. She named all the colors correctly the first time. As the colors repeated she started to mix them up! She knew the color names, but the repetition caused a mental overload that brought out the retrieval problem. I obtained parent permission to test and found a language disorder sufficient to qualify for speech services. I ended up working with this girl for several years. Her mother was very grateful that her daughter’s problem had not been ignored.

When unable to come up with the needed word, your young child might simply give you an inquisitive look, waiting for you to fill in the word. This is fairly normal for the child who is just learning to talk. If it occurs frequently with words your child has used many times, it could be a sign of word retrieval difficulties. 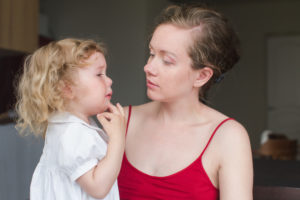 In the very early stages of speech development, the child will sometimes drop learned words in favor of new ones. Some reasons for this are explained in my article Learning Words. If this continues well into the second year of life such that your child’s vocabulary does not seem to grow, it could be a sign of word retrieval difficulties.

Some children stammer and stutter while searching for words. Such behaviors likewise are not uncommon for a period in the child’s early language development. Thoughts are coming faster than the child’s ability to put them into words. As a normal occurrence, this is temporary and usually passes in a few months. If it continues longer, it might be a sign of word retrieval difficulties, a beginning stuttering problem, or both.

Three or four year olds might not yet have the words needed to express all their thoughts. For them it is natural to fill in with vague words. If your older child continues to use non-specific filler words such as “that thing,” “stuff,” “you know,” it might seem to be merely an annoying habit. Indeed it can be. However, if it is frequent enough to interfere with communication, it is likely a sign of word retrieval difficulties.

Does your school age child frequently try to tell you something but never get to the point? You are left completely lost as to what he or she is trying to say. You may never have thought of this as a “speech problem.” After all, your child is very verbal and pronounces the words correctly. But this can be a sign of a language-processing problem, which includes word retrieval difficulties. Your child is having trouble quickly formulating thoughts into language. Such verbal behaviors usually also include filler words, as the key words don’t come fast enough.

I once worked with a little preschool boy who was still very limited in his speech. One day, he told me something like “raining tomorrow.” I was surprised at such a comment from this little boy. I asked him if he had heard the weather report to know what the weather was going to be tomorrow. He said, “No, in back of tomorrow!” That was his way of saying, “No, I meant yesterday.” That made sense as it had rained heavily the day before.

The incorrect word is usually associated with the target word, often by category, sometimes by sound. The child might call a banana “apple,” a cow “pig,” or a book “ball.” When observing this in your child’s speech, make sure the intended word is in his or her vocabulary. The very young child might use a single word for all farm animals. All fruit might be given the name of the child’s favorite fruit etc. But if the child continues to misname common objects, it could be a sign of word retrieval difficulties. 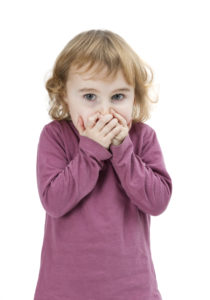 Some children notice when they say the wrong word and act embarrassed. Others try to make a joke of it. Some are able to quickly correct the error and continue the conversation. Others will simply say, “Never mind!” and walk away, not wanting to deal with the problem.

Yet others are not at all aware that they said the wrong word. If you point out the error they might argue, “That’s what I said!” It is indeed what they intended to say, what they were thinking. It just wasn’t what came out of their mouth. The child didn’t correctly perceive the words he or she said.

The child, who does not perceive his or her own error, might not “hear” correctly what somebody else says either. Your child might perceive a key word as its opposite or confuse the name of an item with a related item. You send your child to pick up a clean pair of pants and he comes back with a shirt. You assume your child just wasn’t paying attention. Indeed, that may well be the case. Whatever the reason, the word got connected to the wrong concept in your child’s brain.

When the child has difficulty both coming up with the right word and perceiving words correctly, it causes confusion. Your child gets frustrated and feels out of control. Learning new words and sorting out related concepts becomes more difficult than you might expect. 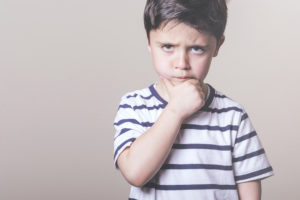 Remembering words is particularly difficult for the child when there is little to associate them with. It is easier to remember words that name familiar objects than abstract concepts such in/under/behind, or yesterday/today/tomorrow. Objects can be touched and manipulated, toys provide experiences; foods can be smelled and tasted. Animals can be described in terms of what they look like, where they live, what they do etc. Names of concepts such as letters, numbers, and even colors, have little to “hang it up on.”

You can now see how a child with this kind of word retrieval difficulties might have trouble when starting school. See further my article Impacts of Word Retrieval Difficulties.