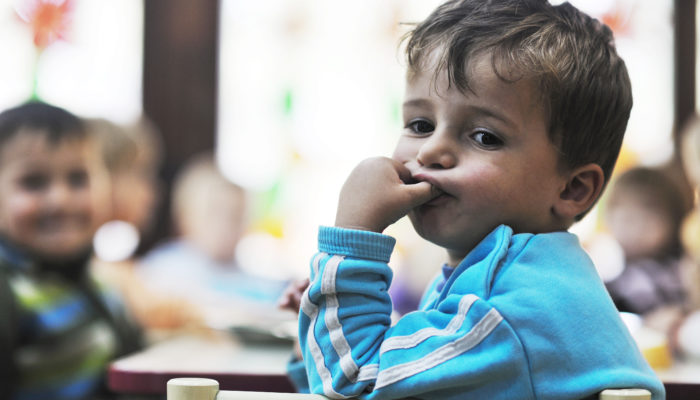 Most of us enjoy trying to recite a tongue twister faster and faster till the words get all “twisted” in our mouths. To the child with Childhood Apraxia of Speech (CAS), the simplest word may be a tongue twister. Hundreds of quick nerve impulses are needed to produce a single syllable. With that in mind, it is truly amazing that most children seem to learn to talk so relatively easily! For the child with CAS it is not so easy.

If your child has been diagnosed with CAS, you might have been told that this is a brain disorder. It is important for you to realize that the thinking part of the brain is not involved. There is nothing wrong with the child’s ability to reason or to understand what others say. That is, as long as there are not other conditions involved.

In CAS the brain has difficulty telling the muscles of the mouth how to make the complex movements needed for speech. Producing syllables, words, phrases, and even individual sounds, involves intricate movements of lips, tongue, palate and jaw. These movements have to be coordinated and properly sequenced. The sounds made in the mouth also must be coordinated with voice from the vocal chords with perfect timing.

All these coordinated and sequenced movements present a major challenge for the child with CAS. This condition is a verbal apraxia; thus by itself it only affects speech movements. The same muscles, that seem to be causing so much difficulty when attempting to speak, work normally for other functions. The child with CAS therefore can usually chew and swallow without difficulty. It is not the muscles that are impaired, only the speech movements.

In this article I attempt to make the concept of apraxia, and specifically verbal apraxia in children, understandable to parents. With this goal in mind, I am not trying to be scientific in my explanations. Parents trying to understand their child’s speech problem do not need to distinguish between motor planning and motor programming. I have chosen to use the latter to refer to either or both.

Apraxia can affect any part of the body used for intentional movement such as hands, legs, or mouth. The same body parts function normally for automatic movements. What does this mean?

Let me illustrate with an example. A person may have oral apraxia, which is not specific to speech movements. It is different from CAS, though some children with CAS also have other forms of apraxia, including oral apraxia.

Let’s say that your child has oral apraxia. You tell your child to stick out his or her tongue. The child gropes but seems unable to do what you asked and may even do the opposite. This even though from time to time you have seen him or her stick it out, perhaps at an annoying sibling! But now it seems that the harder the child tries, the more awkward the movement seems to get.

Of course, all children are normally awkward at first when they are learning a new skill, be it riding a bike, holding a pencil, or tying their shoes. That doesn’t mean they have apraxia. As the child keeps practicing the new skill, it eventually becomes automatic. 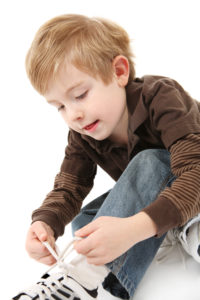 We can all remember learning to drive a car. At first we had to think about every part of what we were doing. Pretty soon, as we practiced driving, the automatic function of our brain took over, and we no longer had to think of the mechanics of driving. We could then focus our full attention on the traffic around us, and we became safer, more efficient drivers.

In apraxia, the difficulty in making the intended movement is not merely awkwardness with a new activity. Thinking about what to do does not seem to help. Instead, the very act of thinking about it seems to make it harder. The messages from the brain get all mixed up before reaching the muscles needed to execute the action. The brain has difficulty properly programming the nerves that tell the muscles what to do.

To produce speech, the brain has to program the muscles of the mouth and throat to perform synchronized movements with perfect timing. This is quite a feat!

Humans are born “wired” to talk, but speech is not preprogrammed. It has to be learned. The tongue is the most agile structure in the human body. This makes it possible to produce an infinite number of speech sounds. Different languages use different sounds. The child learns the sounds of the native language by imitating the speech he or she hears in the environment.

Somehow, the child’s brain has to figure out how to “program” the mouth to produce the sounds. As with any other skill, the motor programming of speech is learned through practice. This practice starts already with babbling. (See my article First Steps in Learning to Talk.) 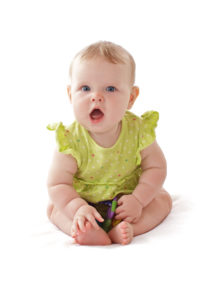 The baby’s babbling is initially by reflex. As the child listens to it’s own sounds, babbling becomes a fun game. The child experiments with sounds, and gradually, the sound sequences that make up the babbling get more varied. Eventually, the babble starts to resemble the speech heard in the environment, even though it includes no true words yet.

Babbling is an important stage in the child’s speech development. The repetitive sound sequences teach the brain how to program the mouth to make a variety of sounds. As the child keeps up the “game,” it provides necessary practice for making the needed motor programming automatic. This lays the foundation for more consciously imitating speech.

As the baby grows into a toddler, the babbling game turns into a game of imitating words. Children have a natural drive to practice new skills. You may have noticed a little tyke wanting to repeat a newly learned word over and over. This not only helps the child solidify the recall and understanding of the word and its use in different contexts. (See my article Learning Words) But, it also continues the important practice in motor programming of more and more complex sound sequences.

Even the simple syllable repetitions that make up babbling are made up of complex movements. Individual speech sounds themselves involve movement needing proper programming. As the child learns the first words and then moves on to phrases and sentences, the demand on motor programming increases exponentially.

In normal speech development, children do not imitate perfectly from the start. Some sounds appear distorted and others may be missing altogether for several years. This is normal. (See my article Learning the Speech Sounds.) For the child with CAS, however, the difficulties are far more dramatic.

Childhood Apraxia of Speech is a motor programming disorder specifically affecting speech. Impaired ability of the brain to program speech movements, also called motor planning, is the very essence of the problem. The natural process of experimenting with sounds, imitating and spontaneously practicing syllables and words normally teaches the brain to program speech movements. This process does not occur as naturally in the child with CAS. The needed connections don’t work the same.

ASHA (American Speech and Hearing Association) has listed ten early signs of apraxia of speech. Limited babbling or less variety in the sounds of babbling is one of those signs. http://blog.asha.org/2015/04/09/10-early-signs-and-symptoms-for-childhood-apraxia-of-speech

Later, when the child would normally attempt to imitate words, the child with CAS is minimally successful at best. By the time this child is three years old, we might find their speech to still be unintelligible. In some cases, the child uses essentially only vowel sounds or little more than vocalizations. The child may come to rely on gestures and sign language to communicate. See my article CAS – What We Can Learn from Two Case Studies.

In moderately severe cases, it will take intensive therapy by a qualified speech-language pathologist (SLP) to achieve intelligible speech. Even the first step of getting imitation of simple syllables using a single consonant can be difficult. After that is achieved, it requires tedious, repetitive practice of each syllable, word or phrase for the motor programming to become automatic. 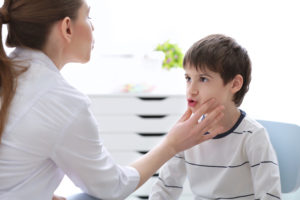 In less severe cases, the child may learn to talk but be largely unintelligible for a long time. It can then be difficult to know whether the poor speech is due to apraxia or another speech disorder. Some of the indicators are numerous vowel distortions, inconsistent articulation patterns, and obvious breakdown of words in connected speech. However, none of those indicators is a sure sign of apraxia. It often takes a period of therapy for a speech pathologist to determine the true nature of the child’s difficulties.

Are you a parent of a child diagnosed with CAS? It is then important for you to realize that nothing you did or did not do could have caused your child’s speech problem. Your child did not babble less or have more trouble imitating, because of any neglect on your part.

For more information on Childhood Apraxia of Speech, visit the website www.apraxia-kids.org. The website mommyspeechtherapy.com also has an article on this topic named What is Apraxia?