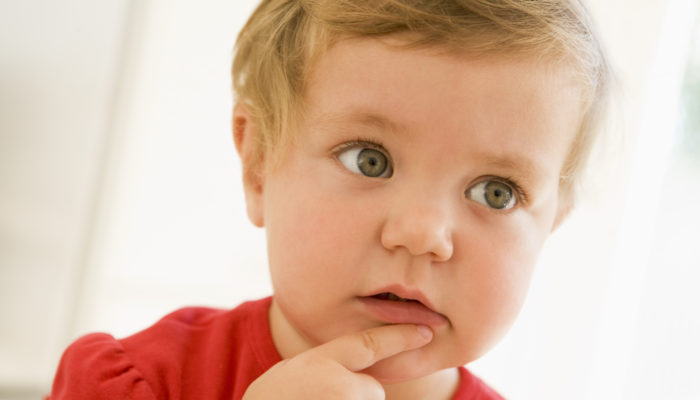 Your baby’s babbling consists of strings of consonant-like sounds alternating with an ah-like vowel sound. While these sounds resemble speech sounds, they are not “phonemes.” The baby is simply vocalizing while opening and closing its mouth. When you imitate your baby’s babbling sounds, you set the stage for baby to imitate your sounds. You match the baby’s sounds, and the baby in turn matches yours. At first it is just a fun game, but gradually the child learns how to make the sounds you are making. Your baby is now on the way toward learning to talk. (First Steps in Learning to Talk)

Learning to imitate sounds and words is an important step in learning to talk. But being able to copy sounds and the sequences of sounds that make up words is not enough. Your child needs to learn the phonological system of the language spoken in your home. So what does that mean?

Phonemes are the speech sounds that can be used to contrast one word to another word. You exchange one phoneme for another, and you get a whole different word. Thus, by changing just the first sound in the word cake, we can get words as widely different as sake, take, lake, bake, rake, or shake.

Every language has its own set of phonemes and rules for how the phonemes can be combined into syllables. Some of the sounds we use in our own language may not exist as phonemes in another. In my native language, Swedish, there is no [z] phoneme. As a speech pathologist, that caused me some difficulties when I first came from Sweden. I did not readily perceive the difference between [s] and [z].

As you learn to speak your native language, its phonological system gradually becomes firmly implanted in your brain. I like to say it’s as though the brain forms phoneme pockets, a filing system to sort the sounds. For me, there was no pocket or file folder for the [z]. It became sorted into the [s] “folder.”

Why is this important for understanding your child’s progress toward clear, “normal” speech?

Some children learn to say the first words surprisingly well, imitating what they hear almost perfectly. As the child’s vocabulary expands, the sounds in the words have to fit into the child’s system of phonemes. Otherwise it is not possible for the child to recall all the widely different sounding words. I have often had parents express concern that the child used to say some words better. (See Is My Child’s Speech Regressing?)

The young child cannot learn the entire phonological system of the language right away. The mind of the child can only handle part of the adult system. The child’s simplified system is then gradually expanded over several years.

The sounds with the widest contrasts between them are learned first. The consonant sounds in the child’s babbling end up among those first phonemes. They typically include [b/p] or [d/t], which require a closed mouth, contrasting sharply with the vowels. These are also consonants that occur in most languages. 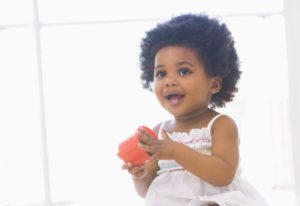 The young child will tend to favor sounds that can easily be seen and felt. That makes the lip sounds, [p/b] and [m], and tongue tip sounds, [t/d] and [n], likely to be among the first phonemes. Your child might quite early be able to use “mama,” “dada” or “daddy,” and “baby,” clearly contrasting all three words.

Tongue back sounds, [k/g] and [ng], tend to be acquired later, often not until close to four years of age even later for [ng]. If your two year-old points to the cookie jar and asks for a “tootie” this is perfectly normal.

Some children do prefer the wider contrast between the lip sounds and tongue back sounds. They may then replace [t] with [k] and [d] with [g]. That is fairly unusual, however. It is far more common that a child uses [t/k] and [d/g] interchangeably. In that case, these sounds are not yet separate phonemes in the child’s language.

The fine contrasts between the voiced and voiceless counterparts within pairs like [p/b] and [t/d] are often not learned till later. The two sounds tend to be used interchangeably in the child’s language for some time. In other words, they are not separate phonemes used to contrast words. The word apple might sound like “appoo” one day and “abboo” the next.

It is fairly common that the 2 or even 3 year old child uses both sounds, but favors [b] and [d] before vowel and [p] and [t] at the end of a word. The word potty might sound like “body,” and tub like “tup.” In that case they are not separate phonemes in the child’s language either. The same may be true with [k] and [g], after the child has acquired these. The word coat might then sounds like “goat” and bag like “back.”

The vowel-like consonants /w/ and perhaps also /y/ tend to also be among the early phonemes. However, [y] may not occur in the child’s speech consistently enough to be considered a phoneme until later. A word like you might sound like [oo] for quite some time. 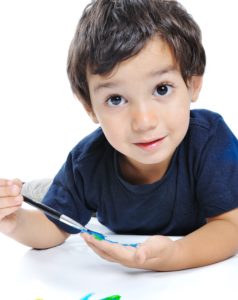 By age three, most children will have started to incorporate both [t/d] and [k/g] fairly consistently in their speech. These have then become separate phonemes.

The sounds [f/v], [s/z], [sh/zh], [ch/j], and the [th]-sounds are made by pushing air through a constricted area in the mouth. These sounds require fine coordination and involve small contrasts. They are therefore more difficult both to produce and to contrast with each other than the phonemes learned earlier.

When they start using these sounds, children quite consistently favor the voiceless sound over its voiced counterpart. Thus, they acquire [s] and [f] before [z] and [v], which are not acquired until later, often much later.

By age three, most children will have started to use [f] and [s], at least in some positions of words. The child might still substitute [t] for [s] in the beginning of words so that soup sounds like “toup.” But the same child might use a [s]-like sound some of the time, especially at the end of words. Your child might be saying words like bus with a sound that resembles [s], [sh], or [th]. At this point, the phoneme boundaries between these sounds have not yet been set. It might take several years before your child uses all three as separate phonemes.

There are several charts that show ages at which your child should be expected to use the different sounds. They often show [s] as a late developing sound, even as late as age 7 or 8 years. This is because the charts are based on 85-90% of all children saying these sounds “correctly.” It does not mean that children will not have acquired the phonemes until that age. 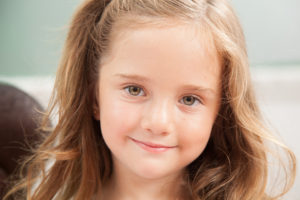 Phonetically similar sounds, such as [sh] and [s], are difficult for the child to contrast to each other. They usually become separate phonemes in the child’s language some time within this age range. Until then, words like sip and ship or sack and shack might have sounded the same.

The [ch] will also tend to appear late in the child’s speech. The sounds [t] or [ts] are more likely to have been substituted for [ch] than [s] or [sh]. A [ts] substitution is obviously better than [t]. It can be considered a representation of the [ch] phoneme, because English does not have a [ts] phoneme. If the word chip sounds like “tsip,” it is therefore easily understood.

At this stage, your child can also be expected to start separating [z] and [s] into different phonemes. It becomes possible to clearly distinguish zip from sip or zoo from Sue. You can also expect your child to start using the [j] phoneme. Until then, [d] has most likely been substituted.

You can now expect your child to begin using the [v] phoneme. Before that you have probably heard [b] used in place of [v]. The child might have called TV “TB” and said “bery” for very etc.

The [l] phoneme is difficult for many children to say and might not appear until around age five or six. Before that, your child is likely to have substituted [w]. A word like light might have sounded like “white” and little like “widow.” Yet, there is great variability as to when this sound is acquired. Some children use it consistently before turning three.

There is even more variability as to when children acquire [r]. Generally considered a late developing phoneme, some children use it quite early. Most children will be using an acceptable [r] by age six. If not, the child might not learn to say a fully acceptable [r] without therapy. The child has acquired the phoneme but not the correct articulation of the sound.