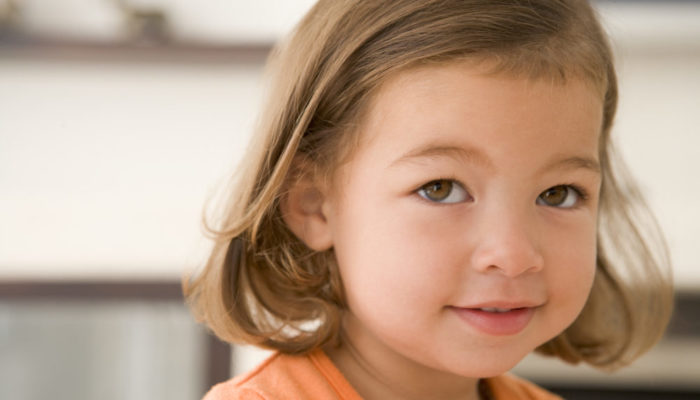 If you are concerned that your child might have a speech problem, your child is probably talking some. But perhaps speech is not clear, even hard to understand. Most parents and teachers, think of a “speech problem” as not pronouncing words right, not using all the sounds. But speech problems can involve much more than speech sounds. Perhaps your child is just not learning words as fast as other children or not putting words together as expected.

So how can you know if there is a speech problem? What should you expect of your child’s speech at any given age?

Young children learn a lot of different skills in a relatively short time. Their development during those early years tends to go in spurts and plateaus. As they learn a new motor skill, their speech development may level out or even appear to regress somewhat for a while, only to then pick up again. (See my article, Is My Child Regressing?) Each child is unique and will develop according to his or her own timeline; nevertheless, there are some general guidelines.

First Birthday. Child attempts to say a few simple words such as “mama,” “dada,” “bye-bye.” Many children have a speaking vocabulary of about a dozen words. Some might use as many as thirty, but others have not yet started to talk. In any case, children understand many more words than they are able to use, and that is true at any age.

Second Birthday. The average child now has a speaking vocabulary of a few hundred words. Your child can be expected to start putting two or three words together, like “Daddy go bye-bye.” These short strings of words have no grammatical structure and are not true sentences. At this point, your child’s speech might still be largely unintelligible to the unfamiliar listener.

Third Birthday. The child has now taken a leap in speech development and is talking in sentences. The sentences might not always be grammatically correct. Your child might not yet be using correct verb forms or formulate questions correctly. The pronoun “he” might replace both “she” and “they,” and your child might still be saying “me” for “I.” At this point, most of your child’s speech should be intelligible to unfamiliar listeners. That does not mean that your child is using all the sounds. 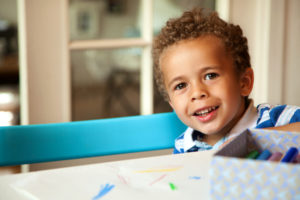 If your child is approaching two years old and is not yet talking, or is only saying a few words, you need to be concerned. (Refer to my response to the common concern Shouldn’t My Child Be Talking By Now?)

If your child is approaching three years and uses mostly single words and phrases without putting them together into sentences, this would be reason for concern. If your child speaks in mere jargon, perhaps with a few real words inserted here and there, you should definitely be concerned. This can, in some cases, be a sign of autism spectrum issues. (See my response to Does My Child Have Autism?)

If your child has reached three years old and is still very difficult for most people to understand, withdraws from talking to anyone outside the immediate family, or is relying more on gestures than words to communicate, you need an evaluation. The school district preschool program would be a good resource at this stage. 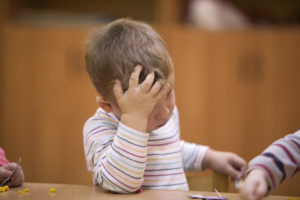 On the other hand, if your child has reached four and is not using all the sounds, this is not a concern in and of itself. That is provided that he or she makes all the normal communication attempts, uses reasonably good sentences, and can be readily understood most of the time.

If your child is approaching Kindergarten age and his or her speech is still missing many of the sounds, even though the speech can generally be understood, it would be best to get professional advice. The Kindergarten curriculum now requires children to learn the letter-sounds and expects them to start reading. The child who is not yet distinguishing related sounds such as t/k or b/v will be at a disadvantage.

On the other hand, the /th/ sounds as well as /r/ are late developing sounds that many kindergarteners have not yet mastered. Misarticulating these sounds is therefore not of great concern at this stage. Neither should you be concerned about a lisp, as long as your child is using an /s/-like sound and not substituting a /t/. An exception would be if your child slips the tongue out between the teeth on all the tongue tip sounds, /t/, /d/, /n/, /l/, along with /s/. This signals another kind of speech problem, which is not in and of itself serious but could be more difficult to correct once it has become an established habit.

For more detailed information about how children learn to speak, see Learning the Speech Sounds and other articles under Early Speech Development on this site.