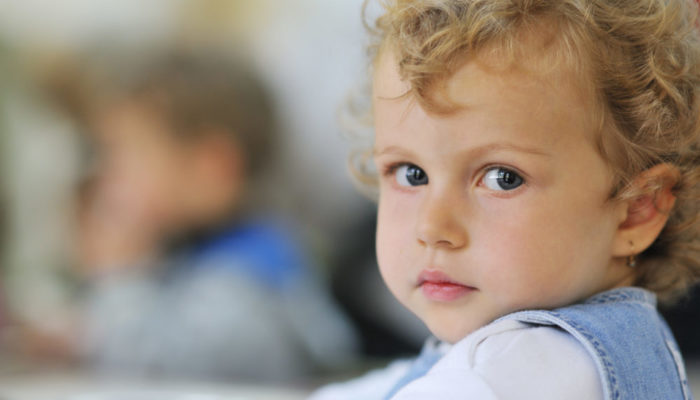 If you are concerned about your child not yet talking, first ask yourself what your expectations are based on. Are you comparing with an older sibling, or perhaps your neighbor’s child across the street? Children do develop different skills at different rates. There is always the chance that your expectations are based on a child who was particularly precocious in talking.

So when should your child be talking?

When I brought my third child in for his one-year checkup with our pediatrician, the doctor asked teasingly, “So is he talking yet?” He knew of my profession and had been referring children to me. I responded, “Not really.” He then said, “That is bad for the image, isn’t it?” I chuckled, as I knew he was joking. We both knew that I did not yet have reason to be concerned.

By the first birthday, many children already have a vocabulary of a dozen words or more. About half of all children, however, have only barely started to say a few words. Some have not yet started at all. Over the second year of life, vocabulary develops rapidly.

By age two, the average child will be using several hundred words. By that time, the child is also starting to put a few words together into short, simple sentences such as, “Daddy go bye-bye.” So, when my child by his two-year checkup still was not expanding his vocabulary beyond 20 words or so, I was concerned. In his case, we found that a chronic ear infection was contributing to the delay. 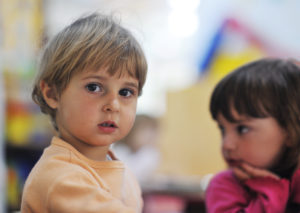 What is considered late talking?

If your child is approaching the second birthday and is not yet talking, or is only saying a few words, your child would be considered a “late talker.” Late talking does not necessarily mean that there is a serious problem. You can take comfort in knowing that 50 percent or more of children identified as late talkers will catch up. They will develop normal speech communication without special intervention.

On the other hand, if your child is in the 30-50% for whom the late talking signals a real problem it is best to find out as early as possible. Early detection and intervention are important for best possible outcome. Late talking can be a sign of a serious communication problem such as autism, apraxia or a significant phonological disorder.

Your best initial resource at this early age is usually the local early intervention program. These programs will generally provide a free assessment, and free services if your child qualifies. Not qualifying does not, however, guarantee that there is not a potential problem. If you still have concerns, it would be wise to get a second opinion from a clinical speech-language pathologist.

You can find additional information about developmental milestones and possible causes of late speech under Early Speech Development here on this website. See also my other articles under Common Concerns Does My Child Have a Speech Problem? and Does My Child Have Autism?