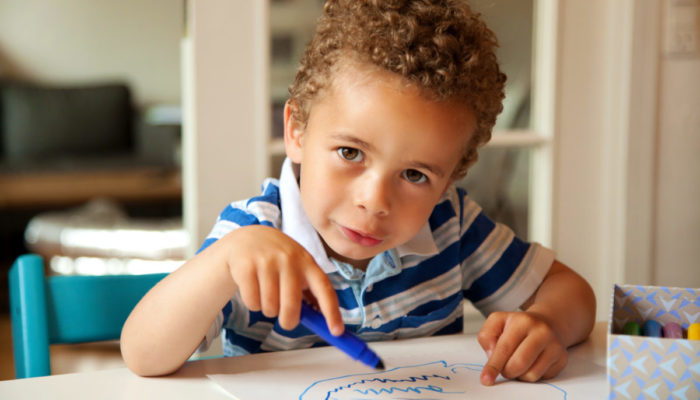 Parents often express concern that their child’s speech is becoming less clear. They wonder, “Is my child regressing?” There are factors that can cause speech regression, but what you are observing might not be regression at all. It could just be a normal stage in your child’s speech development. Let’s sort out the different possibilities.

Some children say their first words very clearly, imitating the words as they hear them. When they add more words to their vocabulary, they are not able to hold on to that near-perfect pronunciation. The sound structure gets simplified for a time, but will then gradually improve again. The reason for this is explained in my article, Learning the Speech Sounds.

It is also possible that the perceived breakdown in your child’s speech is exactly that, a perception on your part. When there are only a few words in your child’s vocabulary, they are easy for you to interpret. Therefore, you hear them as being clearer than they actually are. When your child starts talking more, it becomes more difficult for you to interpret what the child is saying. The words then sound less clear. 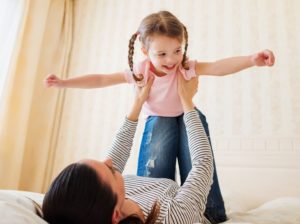 When your child starts to use longer sentences, an actual breakdown in articulation might well occur. It is becoming more difficult for your child to pronounce each word clearly in the string of words that makes up the sentence. Speech movements are very complex and require hundreds of nerve impulses for a single utterance. It’s a wonder that most of us learn to speak with so little apparent difficulty!

If the breakdown persists and your child continues to be difficult to understand, you should consult a speech-language pathologist. See further my response to the common concern Does My Child Have a Speech Problem?

There are, of course, other possible reasons why your child’s speech might appear to deteriorate instead of improve. In most cases, these setbacks are temporary and should not cause major concern. Young children learn a lot of new skills in a short time. The child might make a spurt in motor development, causing speech to temporarily suffer a setback. On the other hand, there are some possible causes for regression that you should be aware of.

Some Medical Conditions Can Cause Speech Regression

The most common medical reason for a breakdown of speech is a chronic ear infection. It is a treatable condition, but one that does need medical attention. Fluid builds up in the middle ear making the child hear sounds as if through water. The sounds of speech will be muffled, and the child’s speech may reflect this. Your pediatrician can readily detect such an infection and may refer your child to an ENT (ear nose and throat specialist) for treatment. 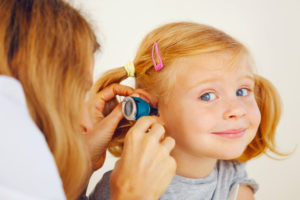 Other, more serious, physical ailments that could cause regression in speech are rare. Such ailments would likely cause more general regression and other symptoms. In that case, you have probably already consulted your child’s doctor.

Autism Spectrum Can Show Up as Regression

Children on the autism spectrum tend to show early signs and develop speech differently from the beginning; however, some parents report normal speech for the first couple of years with sudden, dramatic regression. In that case, you would also see regression in communication attempts, not just a breakdown in how the speech sounds. See my article Does my child have autism?

Emotional Factors can Cause Speech Regression

Anything that interferes with the child’s physical or emotional wellbeing can cause temporary speech regression. If your child has a cold or is just not feeling well for any reason, it can cause a setback in any developing skill. Speech is intimately connected with a person’s social-emotional state. Therefore, speech might be more vulnerable to emotional upsets than other aspects of the child’s development.

Any change in your child’s life that causes a disruption in the child’s emotional balance can affect speech. It could be a new baby in the family or a move to an unfamiliar house. When our children were small, we made a major move to another state. Our sensitive two year old started stuttering, which lasted for a couple of months. Once he was familiar with the new environment, his speech again continued to develop normally.

Setbacks in speech development caused by social-emotional factors are normal and are usually temporary. They should not be cause for concern, unless precipitated by some majorly traumatic event in the child’s life. In such a case, you will likely see other signs of emotional distress. If this lasts, it would be well to consult your physician.