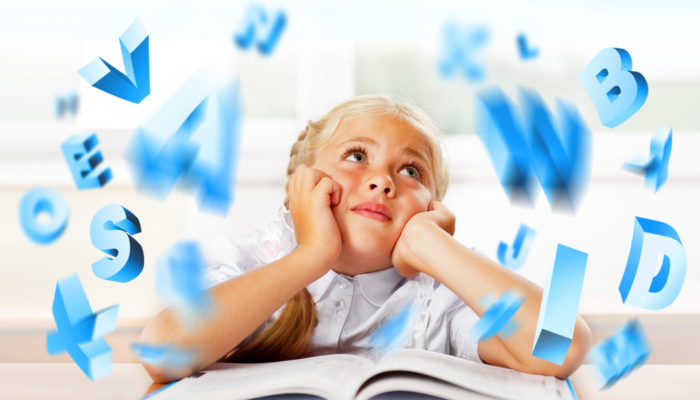 Most of us can rattle off the alphabet without having to think. This is a useful skill we rely on to look up a word in a dictionary or a name in a phonebook. Someone created the alphabet song to help us teach it to our children. But naming the letters in order does not automatically teach the child which letter name goes with which visual image. Naming individual letters is a skill that requires much more than mere memorization of a verbal sequence. I here share my step by step procedure for using an alphabet chart to teach this skill.

Learning the association between letter name (label) and letter image (symbol) is particularly challenging for children with significant word retrieval difficulties. In my article on structured vs. random practice I explained the need for using structured systems such as charts when teaching these children.

When teaching the letter names, I recommend using all capitals, reserving lower case letters for letter-sounds.  The idea is to initially keep the names and the sounds as different as possible to help the child separate these two sets of “labels” associated with the letter symbols. My alphabet chart is therefore always written in all capitals.

Here is my step-by-step procedure for teaching the letter-names:

When possible, I like to have the child help me generate the chart, as I write it on a single page of notebook paper. If your child knows the alphabet song, write the letters to the child’s “dictation” using the song. Be aware of the problem with the L M N O segment in the song. The rhythm of the song pulls these together, and children tend to perceive them as one word. You need to help by singing with your child at a slow rate. 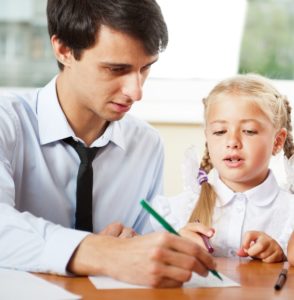 I like to write the letters large, only four in a row well separated. Use two lines for the height of the letters and two lines between the rows. This will make pointing to the letters on this alphabet chart clear and distinct, avoiding confusion in the next step.

Have your child “read” the alphabet chart as independently as possible, pointing to each letter while naming it. Throughout the practice, make sure your child’s pointing continues to be synchronized with the naming of the letters. If your child gets stuck on one of the letters, use one of the following cuing techniques.

If your child has at least part of the verbal sequence memorized, you can use the shadowing technique. You recite it with your child but lag slightly behind. When your child hears your voice echoing his or hers, it serves as reinforcement. If your child makes a mistake, your voice automatically provides guidance without any criticism.

If your child knows the alphabet song, you can guide him or her to use it for self-cuing. Provide help as needed but do not be too quick to do so. When your child gets stuck on a letter do not immediately provide it. Instead, sing the song at a slow pace from the start up to the letter where your child got stuck. If that does not help, provide it by continuing that element of the song. Continue singing the song with the child at a slow pace.

Either technique provides the child with appropriate cuing to be successful. Any time you merely name the letter for your child, he has in effect failed the task. However, your child will not perceive the subtle cues you provide through the song or the shadowing as failure.

A regular, daily practice schedule is best. Two sessions in a day can be done if your child is willing. In any case do not go through the alphabet more than once in a single practice session. You want your child to leave the practice with a sense of accomplishment. Getting to the end of the chart gives that sense, even when needing some help on the way. Having to do it over can leave your child with the sense that the performance did not measure up.  An exception would be if your child eagerly asks to do it again.

4.  Break up the pattern

Once your child consistently reads the entire alphabet correctly without help, say something like, “Wow, you are getting good at this!  Let’s see if you can do it backwards.”  Reading the chart backwards using the same point-and-say procedure gets away from the memorized sequence, while still allowing the child to use the same, familiar chart. 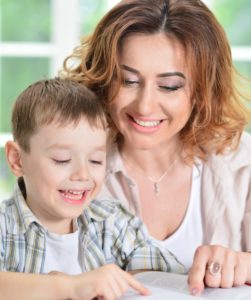 The purpose is not to memorize the alphabet backwards but merely to break up the pattern and learn retrieval strategies.  When your child gets stuck on a letter, show how to figure it out. Have him or her go back to the beginning and “count up” to the needed letter. Better yet, have your child find a familiar letter and go forward from there.  This becomes a useful, self-help strategy, which the child can later use with other sequences as well.

Before your child has practiced saying the alphabet backwards to the point of being memorized, start randomly pointing to letters. Your child might now have many of the names sufficiently memorized to come up with the names right away. If not, he or she is likely to spontaneously use the counting-up strategy to find it.

Now it could be time for those dreaded flashcards. (Are Flashcards the Right Strategy?) Just make sure not to pressure your child for increased speed! Faster response will come with practice. If you want to track progress, sort the letters in two piles according to whether your child needed to look them up or not.

Keep the alphabet chart upside down within the child’s reach. If your child is unable to come up with a letter name, guide him or her to turn the chart over and find the letter. Your child now knows how to retrieve the name by reading up to it if necessary. Just seeing the letter on the chart might be enough. Allow the use of the alphabet chart as long as your child needs it. Such memory support systems will naturally be discarded when no longer needed.

Using this procedure, will do more than teach your child to name the letters of the alphabet. It will help to instill confidence in the child who struggles due to word retrieval difficulties. See What are Word Retrieval Difficulties? and Instilling Confidence in Your Child. 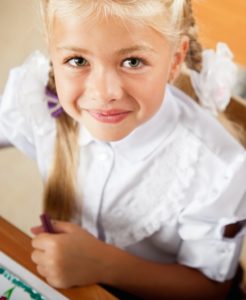 Instilling Confidence in Your Child
October 23, 2017